At that time, I walked around for several shots. This building was once straight, strong and true.

By 2014 it no longer contained the owners prized possessions, it had become a repository for his trash. 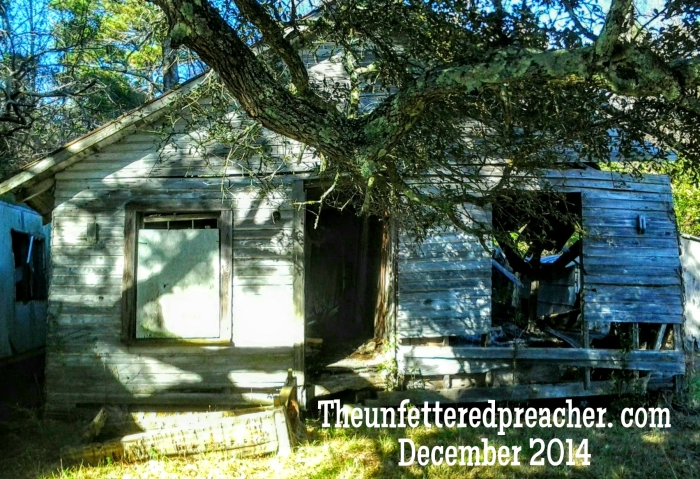 There was nothing of value in this barn, and it was in worse shape then the home.

By 2016, it was really starting to show it’s disrepair.

I went by today, you can see the results. 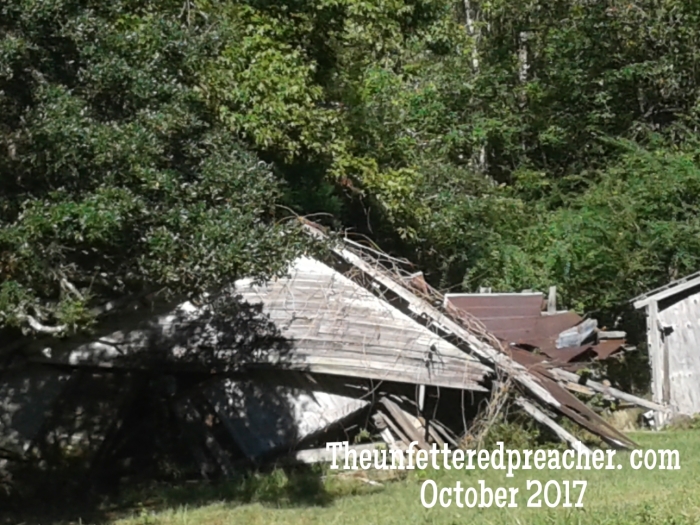 Oddly enough, the home on some evenings, the outside porch light, is on.

One thought on “Neglected Caroline: 10/26/17. Theunfetteredpreacher.com”